What an insane month it has been.

Backtracking to midnight, I woke up feeling a bit off, a few cramps, nothing too odd. Braxton Hicks are common in pregnancy, and I had been getting them for a while – having them at the same time the previous few nights. I woke up an hour later at 1am and went to the toilet (I had to pee every couple of hours as someone decided to reside on my bladder) and saw bright red blood. A bit concerned I came out to the living room and rang the midwives at the hospital.

After being thoroughly scolded for not coming in when I felt tightenings earlier, I was instructed to drive in immediately. By now it was about 1:30am and we had to make a decision as to what to do. With the pandemic and restrictions, living remotely and no family around, my partner was unable to come with me to the hospital as he had to remain at home with our 1 year old.

I jumped in the car, drove the 50km’s to town and went in to the hospital. From there things progressed quickly. Arriving around 2:15am at the regional hospital, after the initial examination, setting up the room, getting the gas sorted, and finally calling the epidural man, it was too late. Baby was coming, gas was no longer working. A few pushes later (and tears on my behalf) and the midwife had me deliver my own daughter at 5:58am.

Comparing to my first labour and birth that was an induction and heavily medicated, took over 24 hours from start to finish, this was something that I just couldn’t have imagined and its hard to explain. While I love having it moving so quickly and experiencing the pain of childbirth (I oddly felt connected to every other woman before me in history that had to do this with no drugs), I also hated the pain, would not wish to be in that pain again, and above all else wish I could’ve had my partner there with me.

This site uses Akismet to reduce spam. Learn how your comment data is processed. 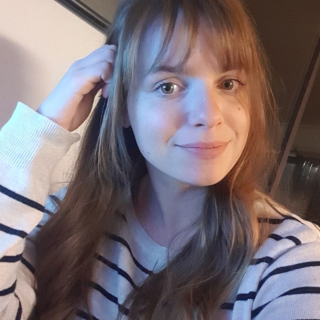 20 something year old with a love of books and learning. I have two beautiful daughters and live in rural WA! The following is a collection of my experiences and interests.